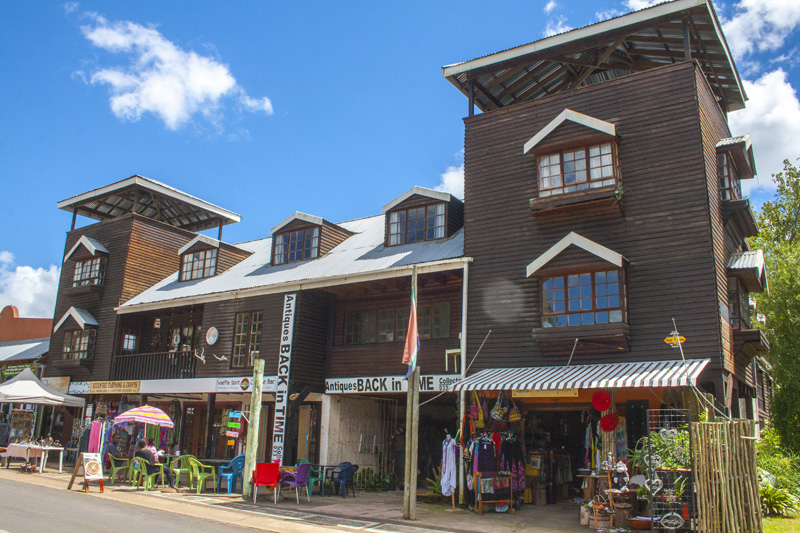 Howick is a town located in the uMgungundlovu District Municipality of KwaZulu-Natal Province, South Africa. The town is 1050 m above sea level, and about 88 kilometres from the port city of Durban. It enjoys warm summers and cool dry winters. A snappy chill descends upon Howick when snow falls on the nearby Drakensberg. The town is located on the N3 freeway, connecting it with the rest of South Africa.The town is the location of Howick Falls, which is a large waterfall that occurs when the Umgeni River falls 95 metres (311 feet) over dolerite cliffs on its way to the Indian Ocean. The waterfall was known as kwaNogqaza or “The Place of the Tall One” by the original Zulu inhabitants. There are several other waterfalls in the vicinity and all of them have claimed human lives. Near Howick are Cascade Falls (25 m) and Shelter Falls (37 m), while Karkloof Falls (105 m) is 16 km to the east.​